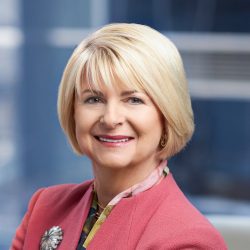 A Call for Systemic Change to Support the Healthcare Workforce

Robyn Begley is the Chief Executive Officer of the American Organization for Nursing Leadership and Chief Nursing Officer and Senior Vice President for Workforce of the American Hospital Association. She previously served in nursing leadership roles, most recently as system chief nurse executive for a health system in NJ, achieving Magnet designation four times and the Malcolm Baldrige National Quality Award during her tenure. She has also served in leadership roles for various state and national nursing organizations. She earned her D.N.P. at the University of Medicine and Dentistry of New Jersey, Newark, obtained her M.S.N. at Widener University, Chester, PA, and received her B.S.N. at Georgetown University, Washington, D.C. She was inducted as a Fellow into the American Academy of Nursing in 2020.