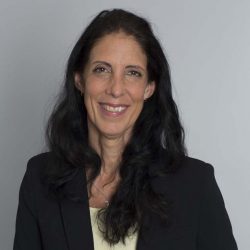 Dr. Patricia Watson, Ph.D. has been a psychologist and senior educational specialist for the National Center for PTSD since 1998. Prior to joining the National Center for PTSD in 1998, Dr. Watson was an active duty Navy psychologist for eight years, working with adults for four years, and children and families for four years. Her education includes a doctoral degree in clinical psychology from Catholic University, and a postgraduate fellowship in pediatric psychology at Harvard Medical School. In the course of her work at NCPTSD, Dr. Watson has:

• Collaborated with federal working groups to create publications for public and mental health interventions following terrorism, disaster, and pandemic flu. In collaboration with authors from the National Child Traumatic Stress Network and National Center for PTSD, she has co-authored the Psychological First Aid (PFA) Field Guide and the Skills for Psychological Recovery (SPR) Manual, designed to intervene in the immediate and intermediate phases after disasters and terrorism. She participated on a recent multi-national collaboration to create SOLAR, a disaster recovery intervention, as well as a methodology to trial its effectiveness.

Dr. Watson is co-chair of the Early Intervention special interest group of the International Society for Traumatic Stress Studies. She served as assistant director of terrorism and disaster programs for the National Center for Child Traumatic Stress from 2007 to 2010, and as an assistant professor of psychiatry at Dartmouth Medical School from 1999 to 2010.