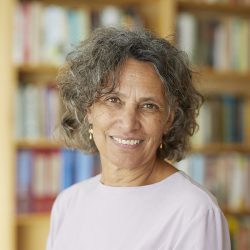 Dr. Mary T. Bassett is the Director of the Harvard François-Xavier Bagnoud (FXB) Center for Health and Human Rights and the FXB Professor of the Practice of Health and Human Rights at the Harvard T.H. Chan School of Public Health. With more than 30 years of experience in public health, Dr. Bassett has dedicated her career to advancing health equity. Prior to joining the FXB Center, she served as New York City’s Commissioner of Health from 2014 to 2018.

Originally from New York City, Dr. Bassett lived in Zimbabwe for nearly 20 years, where she served on the medical faculty of the University of Zimbabwe. She also worked as the Program Director for the African Health Initiative and the Child Well-being Program at the Doris Duke Charitable Foundation, and as Deputy Commissioner for Health Promotion and Disease Prevention at the New York City Department of Health and Mental Hygiene.

Dr. Bassett’s many awards and honors include the prestigious Frank A. Calderone Prize in Public Health, a Kenneth A. Forde Lifetime Achievement Award from Columbia University, and election to the National Academy of Medicine.

She received her B.A. in History and Science from Harvard University and her M.D. from Columbia University’s College of Physicians and Surgeons. She served her medical residency at Harlem Hospital Center and has a master’s degree in Public Health from the University of Washington, where she was a Robert Wood Johnson Clinical Scholar.