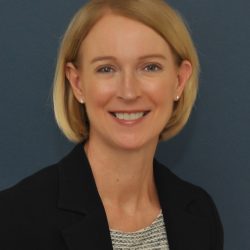 Helen Riess, MD, is an associate professor of psychiatry at Harvard Medical School and director of the empathy program at Massachusetts General Hospital. She has devoted her career to teaching and research in the art and science of the patient-doctor relationship.

Riess’s empathy research received the Partners Healthcare Med Ed Research Award, the Harvard Coaching Institute Research Award, and the Research Community Award from the Arnold P. Gold Foundation for Humanism in Medicine.  Her new book, “The Empathy Effect,” written for a broad audience including healthcare, education, leadership and parenting, was just published in November 2018. Her TEDx talk on “The Power of Empathy,” has been viewed by 400,000 viewers. She is co-founder and chief scientific officer of Empathetics Inc., a company that provides web-based empathy training and workshops for implementation in healthcare institutions.