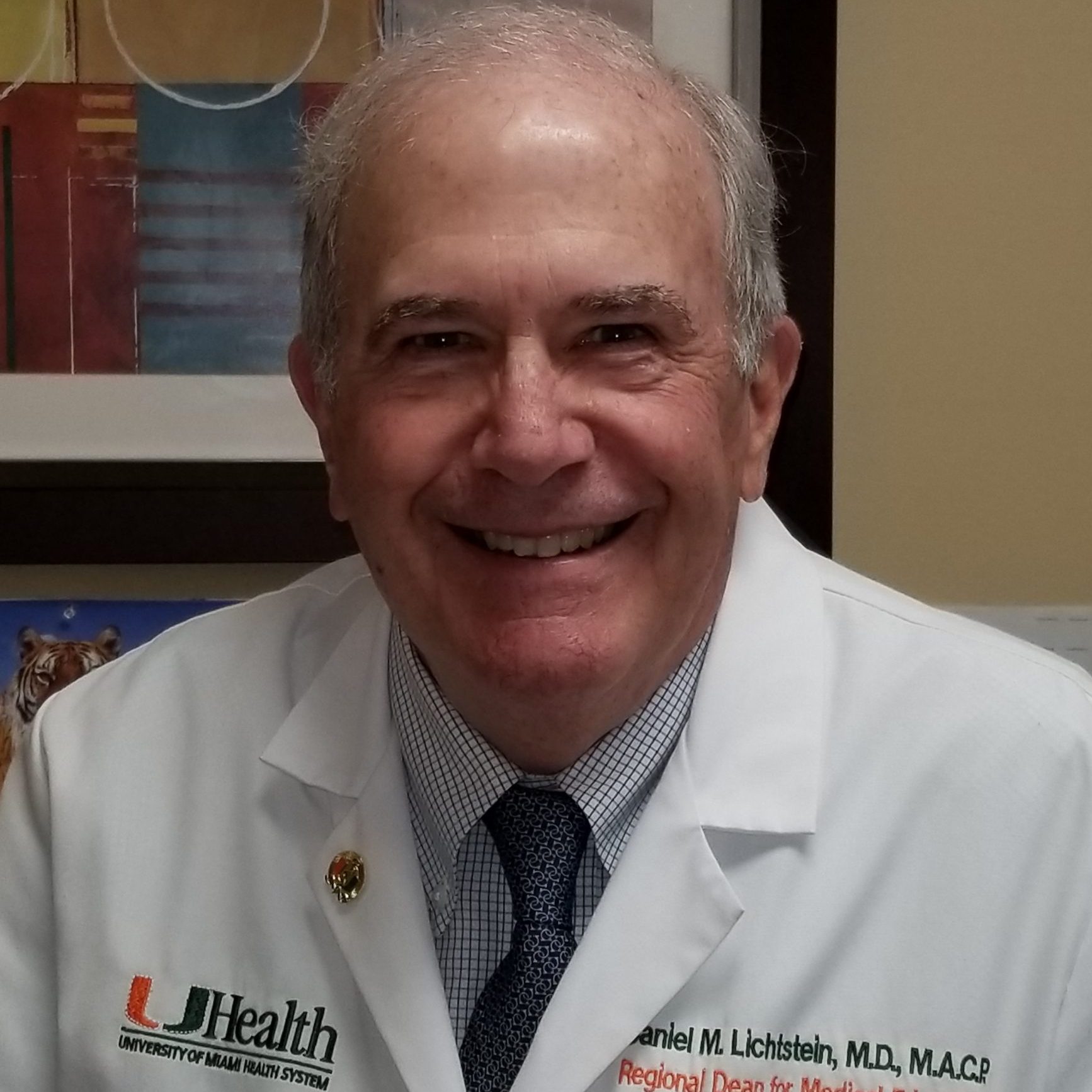 Dr. Lichtstein graduated from Michigan State University (BS, Honors College, 1970), The State University of New York Downstate Medical Center (MD, 1974), and completed his residency and chief residency in internal medicine at Jackson Memorial Hospital/University of Miami in 1978. Dr. Lichtstein was in private practice in internal medicine from 1978-1996. In 1996, he joined the faculty of the University of Miami Miller School of Medicine and served as program director of the Internal Medicine Residency Program from 2004-2006. In 2007, he became Senior Associate Regional Dean for Medical Education and in 2011, Regional Dean for Medical Education at the University of Miami Miller School of Medicine. Dr. Lichtstein was inducted as a Master of the American College of Physicians in 2013.