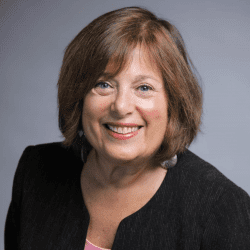 Professor and Vice Chair for Faculty Development and Wellbeing, Departments of Psychiatry and Behavioral Science and Obstetrics and Gynecology and Women’s Health at the Montefiore Medical Center /Albert Einstein College of Medicine

CAROL A. BERNSTEIN, M.D.  is Professor and Vice Chair for Faculty Development and Wellbeing, Departments of Psychiatry and Behavioral Science and Obstetrics and Gynecology and Women’s Health at the Montefiore Medical Center /Albert Einstein College of Medicine. She is also a Senior Scholar in the Department of Education and Organizational Development for the Accreditation Council for Graduate Medical Education (ACGME). She was previously Vice Chair for Education and Director of Residency Training in Psychiatry at NYU. From 2001-2011,  Dr. Bernstein also served as the Associate Dean for Graduate Medical Education and the Designated Institutional Official for ACGME accredited training programs at NYU.   Dr. Bernstein is a Past-President of the American Psychiatric Association and served the Association as Vice-President, Treasurer and Trustee-at-Large and as the chair of multiple committees.  She has served as a spokesperson for the American Psychiatric Association on many occasions and received the 1997 exemplary psychiatrist award from the National Alliance for the Mentally Ill (NAMI).  She is the recipient of the APA/NIMH Vestermark Award in Psychiatric Education and the APA Alexandra Symonds Award for contributions to the advancement of women in leadership and in women’s health.  In 2018, Dr. Bewnstein received a special Presidential commendation from the APA for her work in educating the public about mental illness through her role on Sirius/XM Doctor Radio.  In 2019, she received the John Gienapp Award for notable contributions to Graduate Medical Education from the ACGME and the Distinguished Service Award from the American College of Psychiatrists.

Dr. Bernstein completed medical school at the Columbia University College of Physicians and Surgeons.  Following an internship in internal medicine at St. Luke’s/Roosevelt Medical Center in New York, she completed her psychiatric residency training at Columbia University and the New York State Psychiatric Institute.  Dr. Bernstein is active in many national psychiatric associations in addition to the APA – these include the American College of Psychiatrists where she is currently the Treasurer of the Board of Regents, the Group for the Advancement of Psychiatry and the American Board of Psychiatry and Neurology, among others.  In 2003, Dr. Bernstein was selected as a Fellow in ELAM (Executive Leadership in Academic Medicine) a national program, designed to promote leadership for women in medicine.  In 2005, Dr. Bernstein completed the Physician Leadership Development Program at NYU as well as the Graduate Medical Education Leadership Program of the ACGME.   From 2010-2016, Dr. Bernstein served on the Board of Directors of the ACGME where she co-chaired the ACGME Task Force on Physician Well Being.   She is also a member of the Action Collaborative on Clinician Wellbeing and Resilience of the National Academy of Medicine.  Dr. Bernstein has written numerous articles and chapters on psychiatric education and has served as a peer reviewer for both the American Journal of Psychiatry and Academic Psychiatry.   She has served on the editorial boards of Academic Psychiatry, the Journal of Psychiatric Services and Focus,  has presented at more than 80 conferences and meetings and has been the recipient of a number of visiting professorships.   For more than ten years, Dr. Bernstein hosted a weekly call-in show for consumers on Sirius Radio’s Doctor Radio Channel sponsored by the NYU Langone Medical Center.