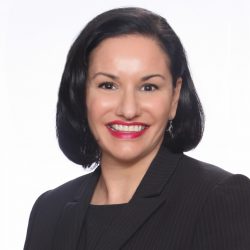 Dr. Patterson is an advanced practice registered nurse, Vice President at CVS Health, and Chief Nurse Practitioner Officer of MinuteClinic. In her current role, Angela oversees care delivery and professional practice development for the 3,100 Nurse Practitioners and Physician Assistants who staff the MinuteClinic retail health clinics in 33 states and the District of Columbia.  She also leads a variety of programs focused on Clinical Quality, Clinical Training & Education, Professional Practice Advancement, and Provider Workforce Development.  In 2019, under Angela’s guidance, MinuteClinic became the first retail health care organization to be awarded the Pathway to Excellence® designation by the ANCC for achieving a culture of excellence in nursing practice. In addition, Angela has responsibilities that support the broader organization including membership on key committees such as the MinuteClinic Clinical Executive Committee, Enterprise Patient Safety Work Group, and the CVS Health Diversity Management Leadership Committee.

Prior to joining MinuteClinic, Angela spent 20 years as a primary care provider and Clinical Director in an urban-based, family medical practice which she co-owned. She also served for 10 years as a principal lecturer and clinical instructor for the Family Nurse Practitioner program in the School for Health Studies at Simmons College in Boston. Currently, Angela holds board member appointments with the Convenient Care Association, the Rhode Island Nurses Action Coalition, and the Rhode Island Nurses Institute Middle College. She is also a member of the AARP Champion Nursing Coalition.

During her more than twelve years with CVS Health, MinuteClinic has grown from several hundred to more than 1,100 clinics and has increased care delivery volume from fewer than one million to more than 50 million patient visits. Angela was the recipient of the 2018 AANP Sharp Cutting Edge Award for her exemplary work in nursing organizational leadership and inducted in 2019 as a Fellow of the American Association of Nurse Practitioners (AANP).